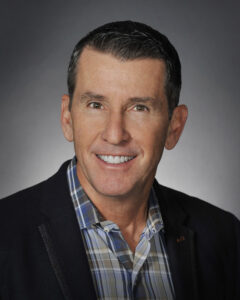 William Hinz is the founder and owner of Crown Rock Ventures, LLC, which specializes in identifying real estate opportunities and raising capital to take advantage of those opportunities.  Crown Rock prefers to buy under valued properties, reposition them and redevelop them to maximize their value.

Most recently, Crown Rock coordinated the acquisition of CopperWynd Resort and Club, in the Scottsdale/Fountain Hills, AZ market.  CopperWynd was a small boutique 32-room resort and private tennis club, built in 1999, on a ridge-top overlooking the Sonoran Desert.  Since then, Crown Rock led a complete makeover of the resort, spa, restaurant, gym, member’s areas, retail store and tennis courts.  In addition, Crown Rock repositioned the property away from its roots of being a tennis club and towards being a boutique/luxury resort.  This repositioning involved getting new entitlements for 300 rooms and a conference center.  It also involved identifying a brand and management company and negotiating a management agreement.  Crown Rock is now moving forward with phase one, which includes adding 142 additional guest rooms (174 total) and a conference facility.   Crown Rock hired Allen Philp Architects to master plan the site and design phase one of the new resort.  Crown Rock has also hired Balfour Beatty Construction to build the resort.

Crown Rock Ventures has previously been involved in a wide variety of other real estate and private business ventures including industrial distribution buildings, Wyoming Ranch development, and a large residential master planned community.

Crown Rock will act as the lead developer or as a financial partner depending on the specific situation.

Prior to forming Crown Rock Ventures, LLC, William Hinz was the CEO, President and Chairman of Western National Bank in Phoenix Arizona from 2005 - 2010.

Prior to forming the Sunrise Banks, William Hinz was the Senior Vice President and head of small business lending for Wells Fargo Bank AZ and its predecessor, Bank of Arizona from 1996 to 1998.

Prior to Wells Fargo Bank, William Hinz was an SBA commercial real estate lender for Bank of Commerce in Phoenix Arizona from 1994 to 1996.

Prior to Bank of Commerce, William Hinz was a commercial real estate broker for Lee & Associates in Phoenix, AZ from 1991 to 1994.

William Hinz graduated from Loyola Marymount University in 1988 with a BS in Business Administration.

William Hinz is proud to be an active member of the local community as a Scottsdale Charro, US Marshal Posse Member and past director of numerous charity and civic organizations.