Become an informed resident or business person of Fountain Hills and learn more about those who will be possibly representing our Town. This event is geared to inform the public about the candidates for Town Council, and will focus on topics that effect the business community. Breakfast will be served, followed by a moderated discussion and a Q&A session with each candidate.

You can learn more about each candidate below: 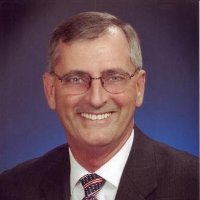 Councilmember Archambault is a forty-four year resident of Fountain Hills. After graduation from St. Francis DeSalse High School in Columbus, Ohio, he enrolled in Otterbein College. At the end of his first year he moved to Fountain Hills in 1972 to partner with his father’s homebuilding company, Archie’s Construction. In 1981 he formed M.L. Archambault Builders valley wide and Wood Whims Cabinetry. In 2010 he started Handy Man Now and also does home inspection repairs. He has been married to his wife Charla for forty-one years and has two children, Michelle and Eric, as well as several grandchildren. He has volunteered for a number of local organizations and clubs, as well as served two terms on the town council and is currently chairperson of Planning & Zoning. 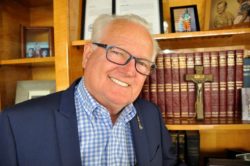 Councilmember Dennis Brown was born and raised in the Panhandle of Oklahoma. He built his first home when he was only 16 years old, and since then, his 52 year career in construction has flourished. He has built everything from churches, homes and commercial buildings and also managed a construction company through an eight year depression. In 1969 Brown signed up for a six year term with the Oklahoma National Guard and proudly served the entire term with an Honorable Discharge. For five years he also served as the President of the Fountain Hills Licensed Contractors Association. Over the past 14 years, he has also been involved with the Town of Fountain Hills, being on the Planning and Zoning Commission as Chairman for three years. In 2009 he was appointed to Town Council, and in 2012 was reelected for a 4 year term. During his time on Town Council he has reached several accomplishments including balancing the Town’s budget and much more. He is married and has three children. 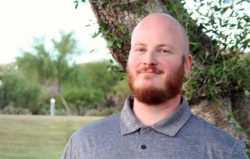 Timothy L. Rawlings Jr. is an Arizona native, and has resided in Fountain Hills for the past six years. His profession is “good, old fashioned blue collar” retail management where he has been responsible for several departments, payroll, spending accounts, and protecting profit. He is also a self-taught philosopher in the study of Ethics and Metaphysics. The reason he has sought out a seat on the Town Council is a desire to see the town develop with a truly free market, and limited government involvement. He would like to help drive local government transparency and involvement  to the millennial generation. Being a millennial family, he believes Fountain Hills is ripe with opportunity for growth and a prime community to raise a family. Rawlings is in a domestic partnership with his wife of ten years, Jenica. Together they have an eight year old son and two dogs. 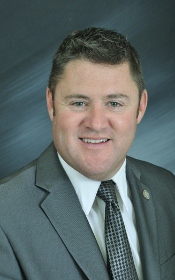 Art Tolis is originally from Berlin, Connecticut, but later moved to Arizona in 2002. He graduated from Syracuse University, and got his Masters Certificate from the University of Washington/Pacific Coast Banking School. Once settled in Arizona, he established Saguaro Blossom Mortgage right here in town. He lives in Fountain Hills and has been involved in the community since 2002. Tolis has served as the Chairman of the Republican Party of Berlin, Town Councilman of the Town of Berlin, as well as Deputy Mayor of Berlin. He has also been a part of the Fountain Hills Realtors Marketing Session and a member of the Zoning Commission in New Britain, Berlin, and Fountain Hills. He is also very involved in the community. Tolis has been a Board member of the Four Peaks Rotary, and will serve as its president starting July 1. Other groups he is involved with include the Arizona Small Business Association, Scottsdale Association of Realtors, the Fountain Hills Chamber of Commerce Board of Directors, and Pop Warner Football program. Tolis and his wife have six children, all who graduated from Fountain Hills High School. Councilmember Yates was born in New York City, but grew up in Bay Village, Ohio. After graduating high school, he went to the University of Cincinnati and studied Marketing and Management. Afterwards, he received is MBA in Strategic Management from Patten University in California. Since moving to Fountain Hills in 2005, he has served on the Planning and Zoning Committee for five years (2 years as its Vice Chairman). He has also chaired the General Plan Update Committee, the Economic Development Committee with BVCA, co-chaired the sign committee, and was treasurer of the Sunridge Canyon HOA. He presently sits on the Maricopa Association of Governments, Domestic Violence Committee, and also helps coach soccer and is active at his church. Councilmember Yates is also an award winning Commercial Real Estate Developer, and is currently Executive Director of Property Management for Commercial Properties, Inc. He has owned several restaurants, including Panini’s Bar and Grill. Councilmember Yates and his wife Nancy have been married since 1995 and have two children together.